Michael Waddington is an attorney who defends high-profile cases in military courts around the world, and the bestselling author of Battlemind: A Military Legal Thriller.

He served as an Army JAG lawyer, and his cases have been covered by Rolling Stone, CNN, The New York Times, 60 Minutes, Nightline, The New Yorker, and others.

Michael Waddington is a real life character out of the film "A Few Good Men," times 10. He travels the world representing American military members that find themselves in trouble. From battlefields in Iraq, to bases in Europe, and throughout the USA, Waddington has been intimately involved in hundreds of unbelievable criminal cases involving the US military.

He is also the best selling author of Battlemind: A Military Legal Thriller, mentor, and coach. He teaches lawyers across the USA winning trial techniques as well as ways to create a work-life balance. He focuses on how to be a happy and successful parent, partner, lawyer, and member of society. From saving sea turtles in Puerto Rico to saving American soldiers, Waddington has traveled the world and has a lot of stories and lessons to share.

In 2006, Michael was in Iraq, defending a soldier from the 101st Airborne. His client was accused of triple murder during the hunt for Abu Musab al-Zarqawi, the leader of al-Qaeda in Iraq. He was working alongside attorney Paul Bergrin, a celebrity lawyer out of New York. He defended another soldier. Colonel Michael Steele, the commander from Black Hawk Down, allegedly gave his men an order to "kill all military-age males on the objective." The case pitted many low-level soldiers against the Army and the Pentagon, who were desperate to win the case and protect America's image and a few high-ranking officers. As Bergrin and Michael dug deeper, they unraveled a deep-rooted conspiracy. There are too many details to explain here.

A few weeks later, Michael was preparing to go to trial when a producer from Nightline called him. She told him Bergrin was on the steps of the 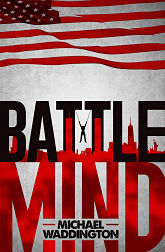 Manhattan courthouse giving a press conference. He had been indicted for running a high-profile escort business out of his law firm. The madame was his "paralegal." The escorts catered to celebrities, politicians, and the ultra-rich. As a result, Bergrin turned his client against the other soldiers to deal with his case. When Michael called him, he swore, "He would never do a day in jail." He was right. He never went to jail for the prostitution business, for various reasons, although he was convicted. Bergrin then went on to practice law in New Jersey. Later, the FBI indicted him for murdering witnesses, and he ended up getting convicted and getting life in prison. Meanwhile, Michael's client did a few years and is now a free man.

For nearly 20 years, Michael has traveled the world defending American service members accused of serious crimes. From secret prison torture allegations, to Navy SEALS accused of rape, he has been involved in some of the most high profile and insane criminal cases involving the US military. Most of these have never hit the media.

By telephone or video call from Miami, FL
In person from anywhere