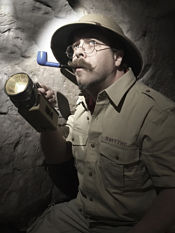 Douglas Smythe is an expert in the art of traditional shaving, effective razor designs, soapmaking, and perfuming.

Douglas believes that we have been lied to for years by major multiblade razor companies.  And, we have been inadvertently hurting ourselves by using their cheap, plastic, "one size fits all" razors.

He has made it his mission to wake folks up about the "Cartridge Conspiracy" and make everyone aware of much more effective ways of shaving.  These include time-tested methods that are 1) Better for your face, 2) Better for your wallet, and 3) Better for the planet!

He would like to speak about the time-tested alternative methods of traditional wet shaving and how it is a far superior method for getting the results we seek in our daily shave, minus the razor burn, bumps, weepers, and ingrown hairs. As a guest, Douglas can really keep the conversation moving and will never give one word answers...as a podcaster himself, he hates that! Douglas is also known for taking a mundane (to most) subject, Shaving, and making it fun, interesting, and exciting to both men and women. 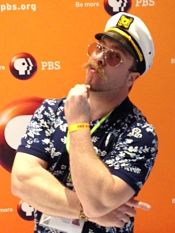 In person in Phoenix, Arizona or Tucson, Arizona