Dave Turner: How Israel Is "Proof" Of God! 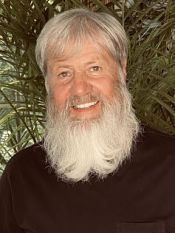 The Nation of Israel is “proof” of God’s reality because it is the only nation to ever exist on this planet that God created Himself, exclusively by using His mighty supernatural powers!

Genesis chapter 12 records how Almighty God came and made the incredible promises to a man named Abraham, who lived about 4,000 years ago, that He was going to make a great nation from his descendants and that He would give a certain land to him and his descendants to be their possession FOREVER!

The Bible provides a far beyond amazing account of how the Great Creator brought the Nation of Israel into existence from the family of Abraham’s grandson, whom He renamed and gave to him the new name - ISRAEL!

The Bible records how God orchestrated a series of events to happen by His miraculous powers to make the way for the family of Israel to relocate into the land of Egypt. God kept the family of Israel in the land of Egypt for 400 years, and it was here that He miraculously multiplied their numbers from a family of 70 people into a great nation of 2 million people! The Egyptians were so intimidated by their growing numbers they forced them into hard slavery and afflicted them in very brutal and cruel ways. This caused the people of Israel to cry out to the God of their forefathers, the Mighty God of Abraham! God heard their cries for help and He sent Moses to deliver them out of slavery and out of Egypt! Some of the greatest miracles recorded in the Bible are awesome miracles Almighty God performed to deliver His people out of the land of Egypt! Moses led the people out of Egypt and through the desert and eventually to their “promised land,” the land God promised to Abraham several hundred years before! God helped Israel conquer and take possession of their land, so they became a nation existing in the world which happened about 1,450 BC. The people of Israel have been defeated and driven out of their land several times, but God has always brought them back into the land He promised to give to Abraham and his descendants forever! He is keeping His great promises He made to Abraham today, right before our eyes!

It was God who led and helped Dave make this awesome discovery 48+ years ago which brought a powerful "awakening" of God's reality into his life. This awakening was the beginning of God changing Dave's life from a disaster into something he says, "Is infinitely greater than anything I could have ever dreamed of or imagined!" God has chosen to use Dave and what He did in his life to help many other people make the same great discovery and experience the same incredible "awakening," and to help them find and receive the greatest gift He has to give - the gift of everlasting LIFE! People who experience the interview of how the Nation of Israel is "living proof" of God's reality could be experiencing the most important and valuable event that has ever happened in their life! This is because it is possible for them to experience the same glorious presence of Almighty God Who came and helped Dave, to come and help them make the same amazing discovery and experience the same incredible awakening of His reality! This awakening brings supernatural "FAITH" into their lives which is what makes it possible for them to receive the infinitely great gift of ETERNAL LIFE from THE GIVER OF ALL LIFE!

By telephone and video call from Springfield, MO - Central Time Zone
In person in Missouri and surrounding states. All other places may be possible depending upon guests schedule.